An unmissable tool that is meant to help the city ensure improvement, regeneration and growth are harmoniously developed from day to night

An adequate control of the night scene is proving to be a fundamental tool for public administrations to respond to the change in habits of citizens who now experience and use urban spaces much more in the evening and who like to enjoy a comfortable and inviting environment. There is a significant difference between the lighting masterplan for Italian cities and the legislation envisaged in Belgium, where between 2009 and 2011 the studio has followed several projects and at that time was dealing with the public lighting in Antwerp. The evaluation of the efficiency and quality of the light project are the result of more complex evaluations that go well beyond the choice of the source and the definition of the illuminance values. 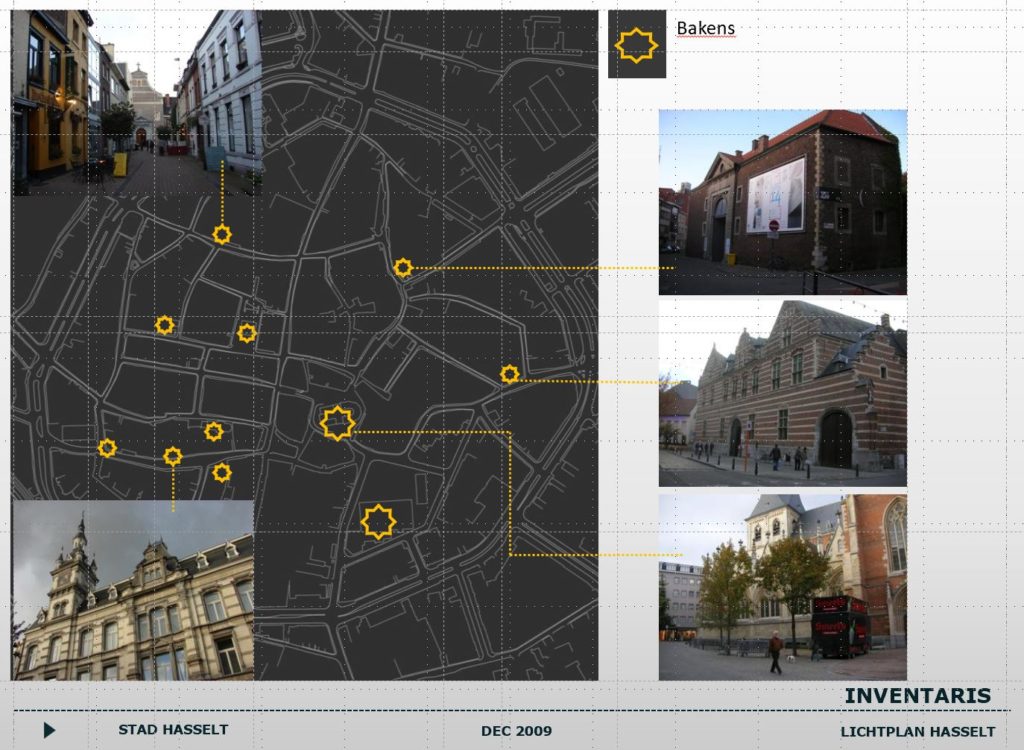 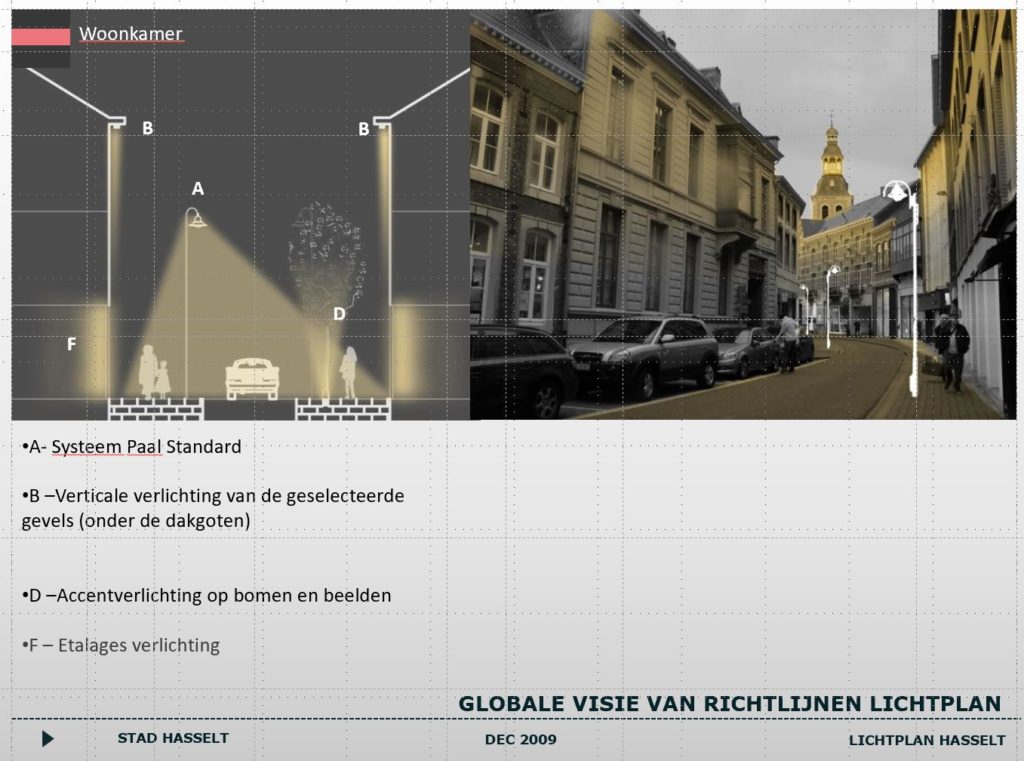 In the first phase of analysis, to achieve this balance, the characteristics to be translated into light were determined for each area. There is therefore the ‘living room’ in which the main criterion of lighting with a more formal and monumental character has been applied; the ‘kitchen’ for which a richer and more diversified lighting was hypothesized with the possibility of using color, as opposed to the ‘bedroom’ which instead is characterized by a soft light and the choice of lighting only some details of the monuments.

The so-called ‘corridor’, that is the axis that connects different parts of the city, was conceived as a line in which the light sets the pace at both pedestrian and car road intersections. Finally, the strong presence of Groene Boulevard (the ring road with a large presence of greenery) led to an analysis of private gardens and parks as in country villas in order not to deviate from the initial concept. 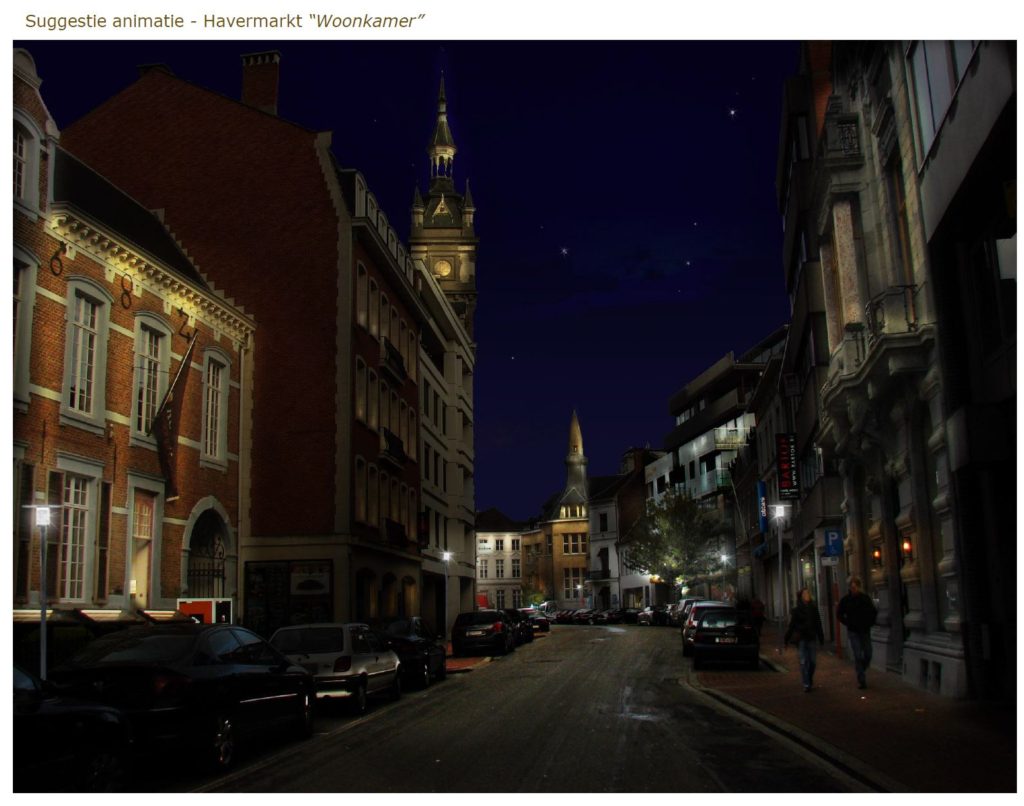 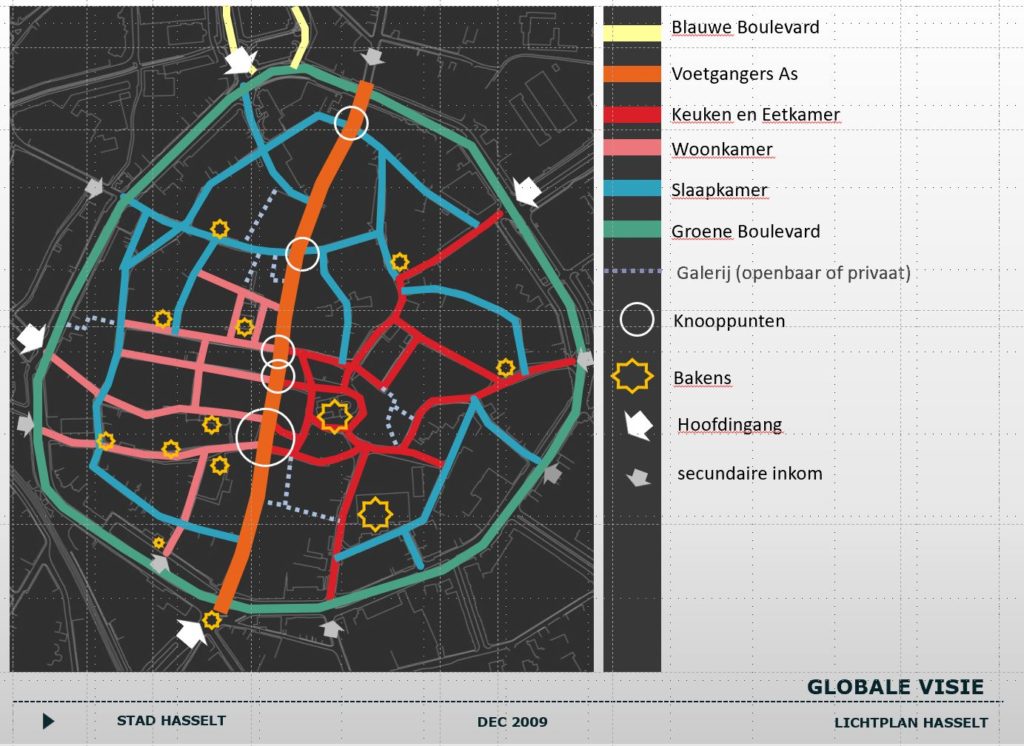 For the city of Hasselt, the capital of the province of Limburg, thanks to the characteristics of the historic center, the lighting plan was based on a single general concept.

The ‘house’ was the metaphor chosen to make the welcoming atmosphere perceived during the day the protagonist of the night scene as well. The house is the theater of complex interactions, the place for daily rituals and at the same time the space for exceptional ceremonies, as is the urban space. 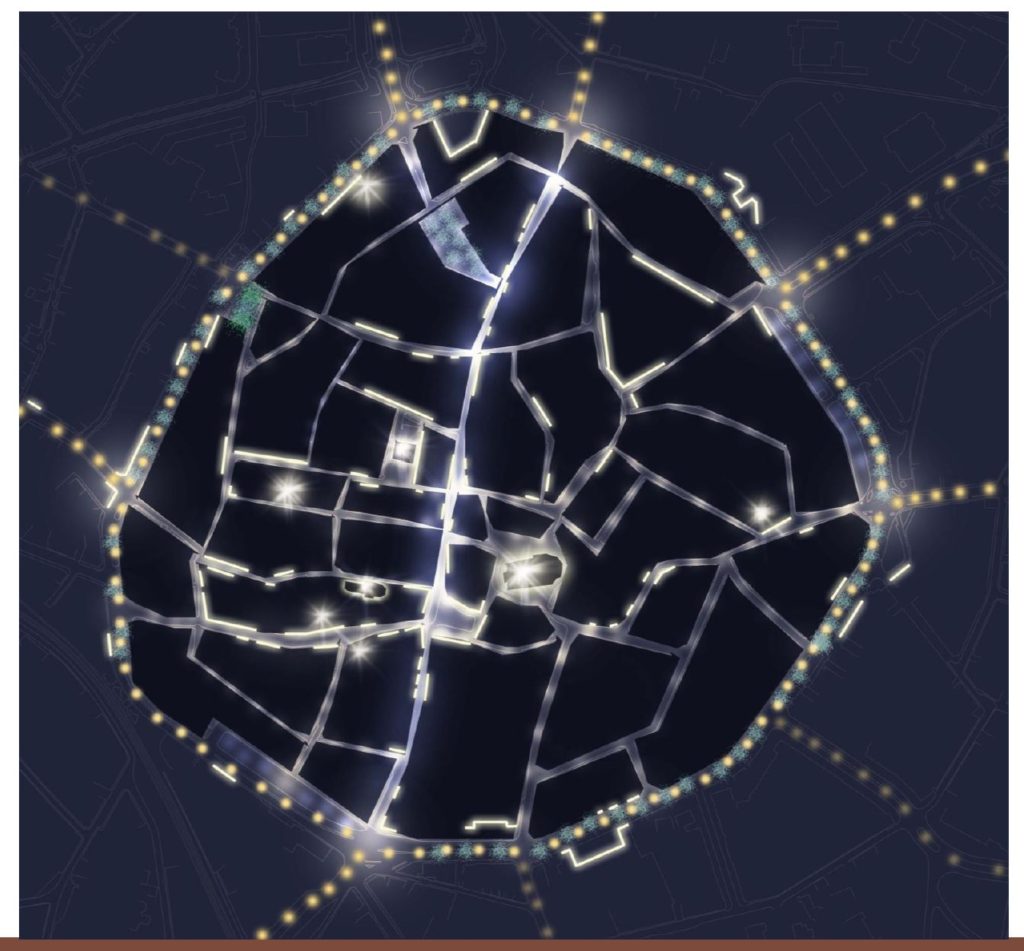 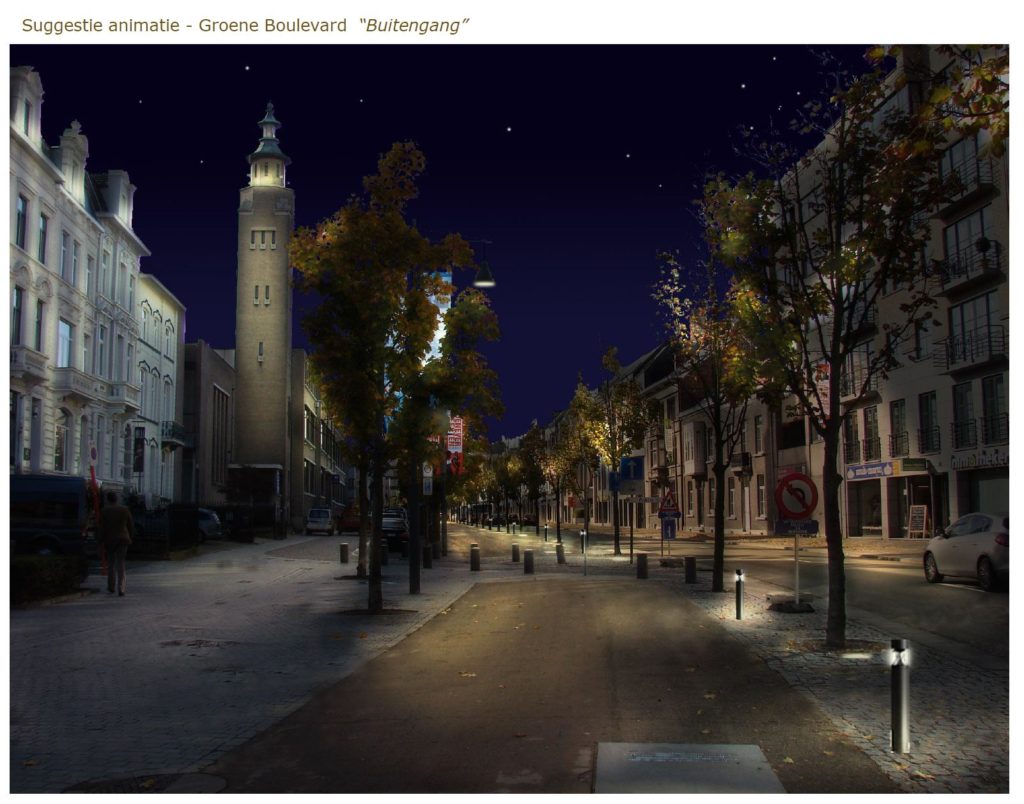 In the design proposal phase, the lighting plan provided guidelines with respect to the relationship between the height of the light point and the road section, the powers, the types of installation and the most suitable type of luminaire. The different areas of Hasselt have made it possible to apply diversified technical choices.

Lighting should be felt and not seen.
The lighting design schemes of the built environment are considered added values, in harmony and integration with the environment to be lit.