Antwerp hosts the second largest harbor of Europe, its territory stretches out along the Schelde river for 125Km². Moreover, Antwerp is the world’s diamond’s capital.

The Lighting Masterplan, developed by Susanna Antico Lighting Design Studio, is the tool that allows to develop interventions, according to the political vision of the cities’ administration and belongs to the essential instruments for successful management of the territory.

It allows the implementation in a coherent manner, also when on a time line, with the appropriate budgets and according to a shared order of priorities. 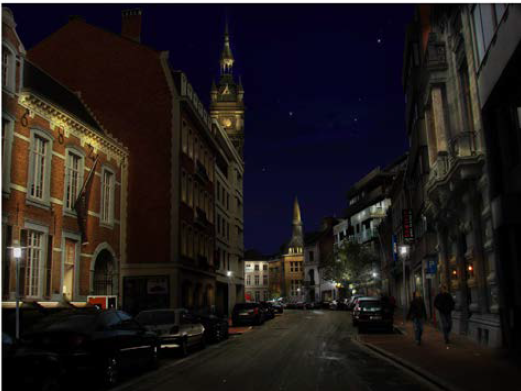 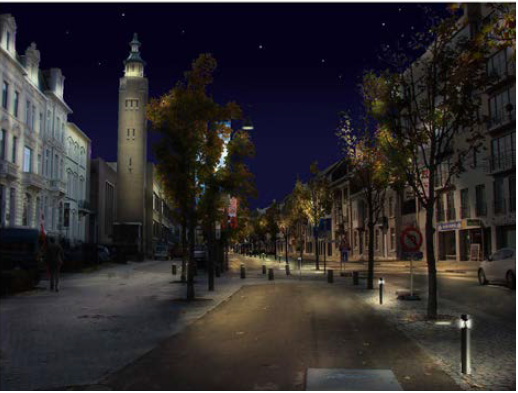 The ALP adopts a methodology of layers of light that, when added and perceived together, create the total image of the urban space at night time.

The first layer, the “base layer”, is street lighting. It is strictly regulated by norms.
The second layer, the structural linear system is intended to light the main structural arteries that, by definition deal with a large volume of traffic travelling at a higher speed than in most of the streets of the city.
The third layer, the ambience layer, is the layer that is responsible for creating visual interest and giving the city and its neighbourhoods their character and identity, their different atmospheres, the ability to attract its citizens and visitors in general and to persuade them spend time and money outdoors, in the urban realm.

Even when similar elements are being highlighted, different solutions were chosen in order to bring out the details that distinguish them from one another. 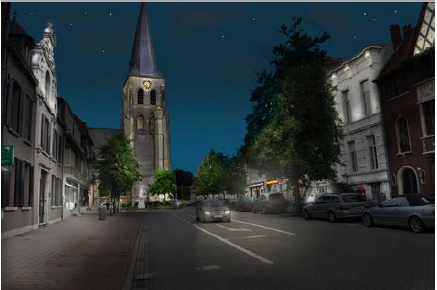 Antwerp is the second largest city of Belgium and counts 500.000 inhabitants. The area of the masterplan is of 125Km2 and didn’t include the harbour area. the Antwerp Lighting Master Plan (ALP), sees its main role as supporting and enhancing the future urban environment as envisaged by the Antwerp Strategic Spatial Structure Plan (sRSA). 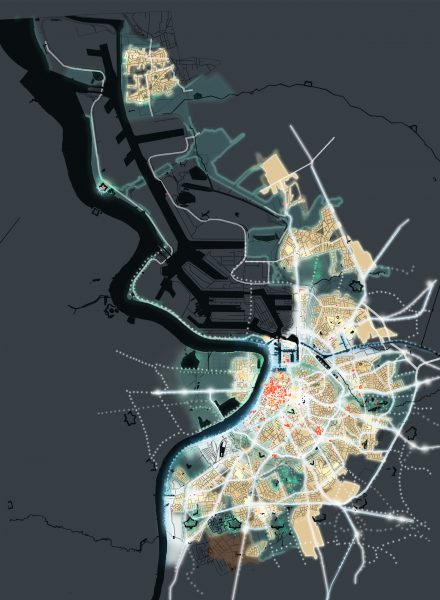 The presence of large bodies of water such as the river Schelde and the large reservoirs on the left bank of the river have a major visual and perceptual impact at night time if treated correctly.

The masterplan was approved by the City council in march 2012.

Lighting should be felt and not seen.
The lighting design schemes of the built environment are considered added values, in harmony and integration with the environment to be lit.